Nyungwe National Park lies in southwest Rwanda, partly abutting the Burundi border. It's a vast area of mountain rainforest, home to many species of chimpanzees, plus owl-faced and colobus monkeys. The Canopy Walkway, part of the Igishigishigi Trail, is a high suspension bridge with views over the valley and surrounding forests. A trail runs to the Kamiranzovu Marsh, with its birdlife, orchids and waterfall.

Nyungwe Forest National Park is one of the biggest national parks that have boosted the tourism industry of Rwanda as a nation generating millions annually. Nyungwe is well known for chimpanzee tracking/ chimpanzee trekking this has been the main activity that is carried out in Nyungwe forest. The National Park has only 2 chimpanzee groups habituated in it and the small one of 30 chimpanzees is tracked in Cyamudongo Forest area of the Park. The larger group has about 60 chimpanzees habituated in it. Nyungwe forest (Rwanda chimpanzee trekking area) is Africa's largest Afro-Montane Forest and another of the most famous activities is Nyungwe Forest National Park is the Canopy walk where travelers get to hike up to the top of the trees and take a walk on a hanging bridges as they admire the beauty if the forest.

The forest is located southwest of Rwanda towards the border with Burundi, south of Lake Kivu and west of the Democratic Republic of the

Congo. Nyungwe National park also is found in the District of Rusizi which is located in the South western part of Uganda, Rusizi district is a home to the park as well as Africa's great river on the east side of the Nile and west part to Congo. Uwinka is the parks' headquarter and takes a distance of about 219 km and 4 hours’ drive. The forest has been a big contributor to Rwanda's climatic conditions. Nyungwe forest national park was established as a national park in 2004 and the forest is a home to over 1000 animal, bird, and natural species. Nyungwe is an important conservation area in Africa because it harbors quite a number of animals making it one of Rwanda safari / Rwanda tours spots. Nyungwe National Park is located in the western Great Rift Valley it stretches from Lake Albert to the Lake Tanganyika. The Rift has many mountains and Lakes that flow west into the Congo River system. The Albertine rift besides having an amazing landscape, it is also known for its endemic species of fauna and flora. In Nyungwe Forest there are about 1,068 plant species, among them over 200 species are trees and 248 species of Orchids, and other new species are being found each year. And also about 85 mammal species are found in Nyungwe, including 13 primates' species. Also, Nyungwe accommodates over 300 bird species & 29 species of them are endemics to the Albertine Rift. This makes Nyungwe the best Bird watching site, as many named it birds paradise. The biodiversity of Nyungwe Forest National Park is even further enriched by other landscapes including swamps, marshes, bamboo thicket.

The biodiversity of Nyungwe Forest National Park is even further enriched by other landscapes including swamps, marshes, bamboo thicket, heath, open woodland and many microhabitats. Nyungwe is known to its 13 primate species including the famous chimpanzees. This is the best site for chimpanzee trekking and there is also the largest troop of the black and white Colobus monkey. There are also fragmented forests including. Cyamudongo home of the well-habituated chimpanzees and Gisakura which has other fragmented forests where the second habituated small troop of the Colobus monkeys lives. Nyungwe has over 130 km of constructed trails, which allows all travelers of the different fitness levels to enjoy its beauty, by benefiting fresh air. 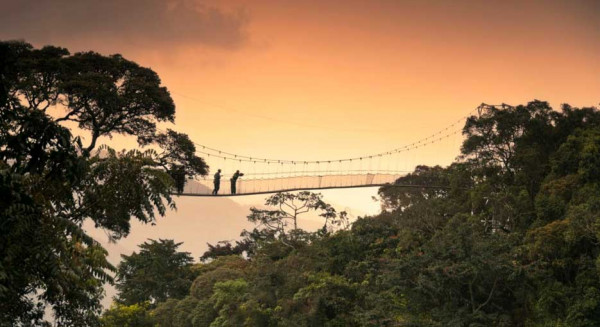 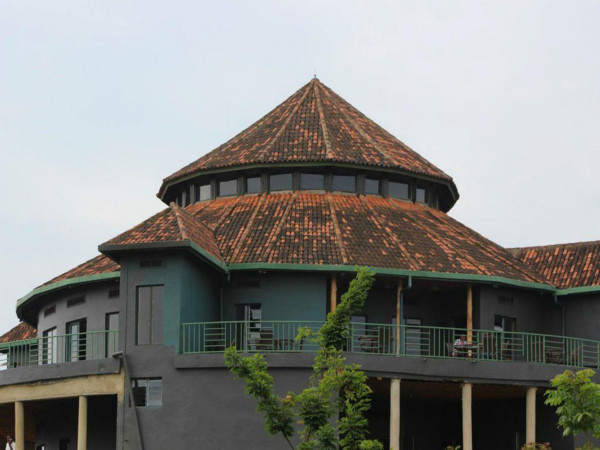 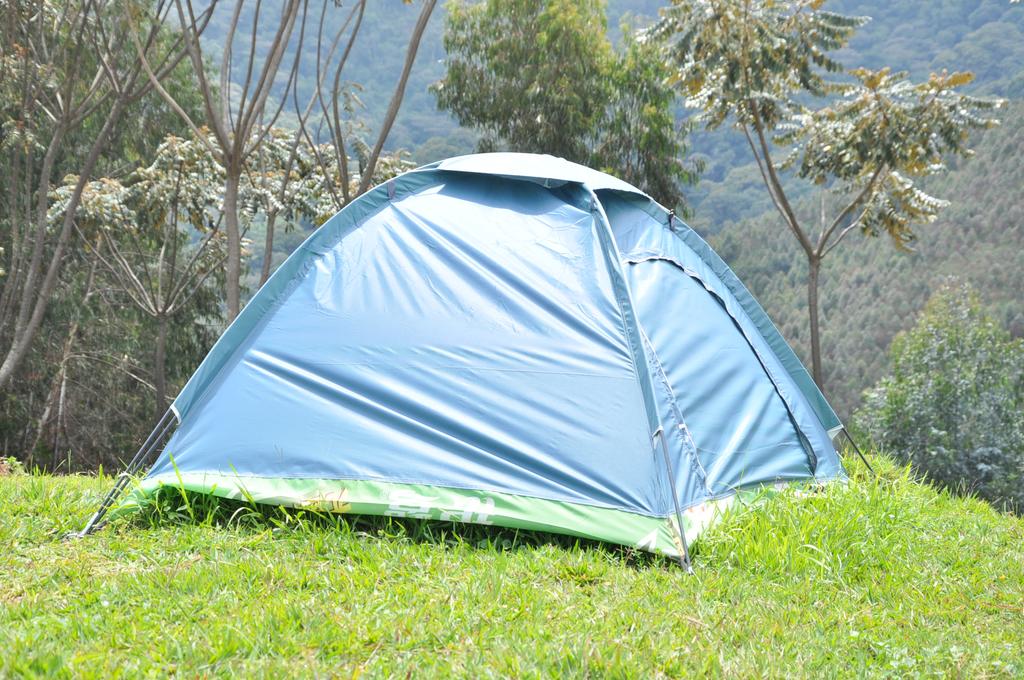 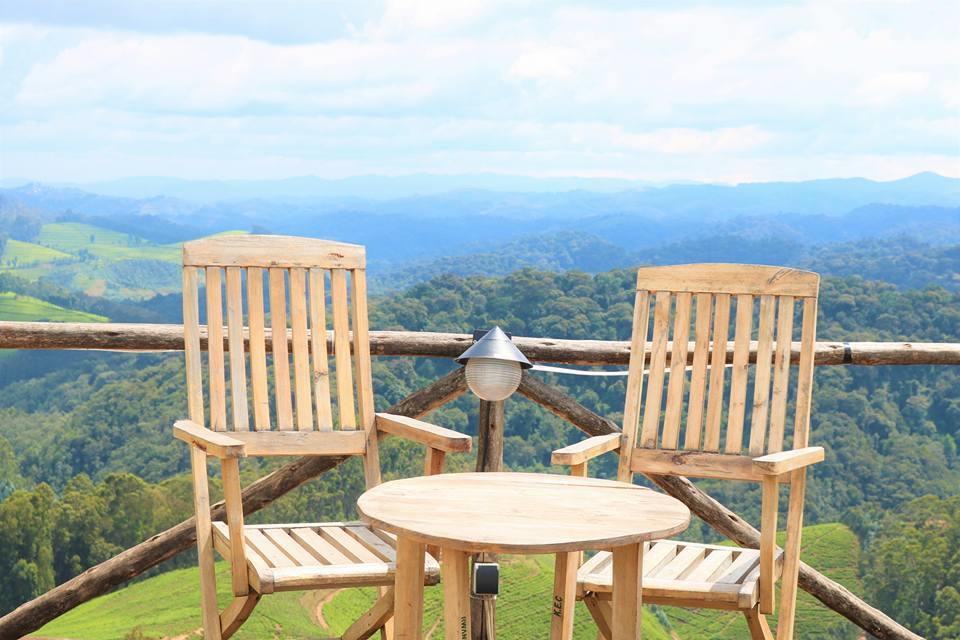 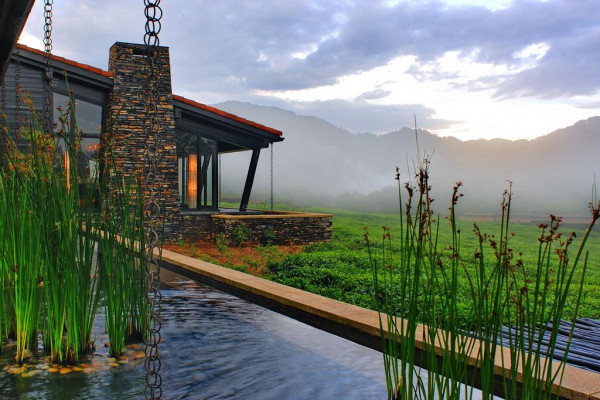 One and only Nyungwe House
Nyungwe
Not rated 0 Review
from
2,094$ /night
Featured 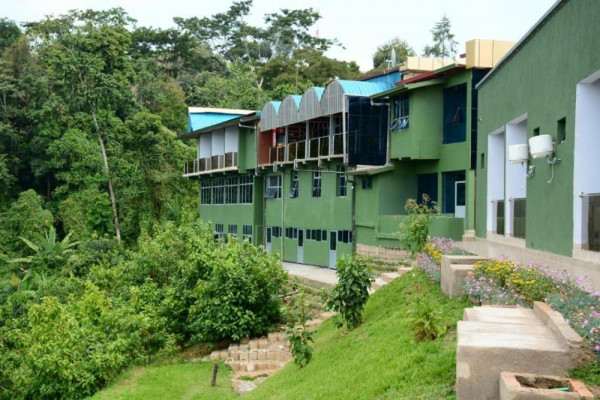 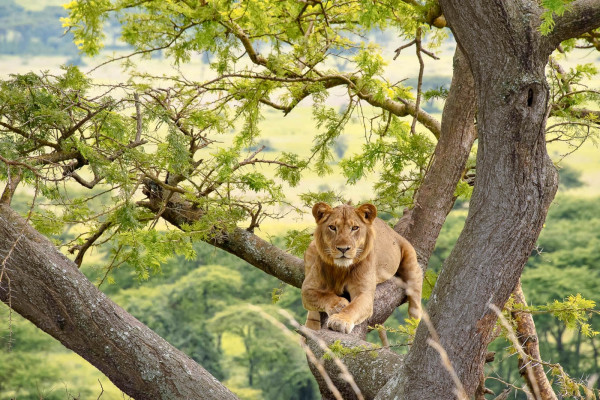 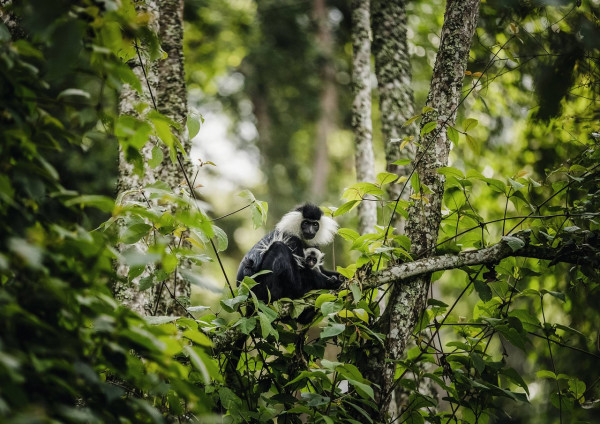 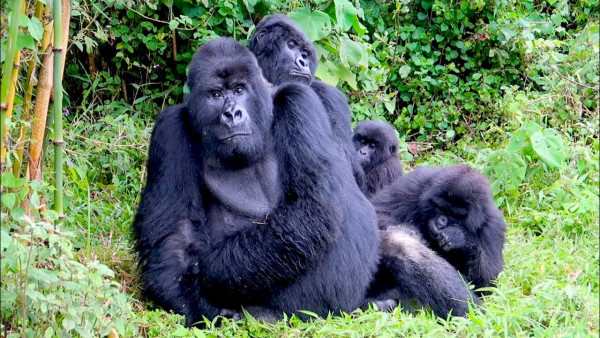 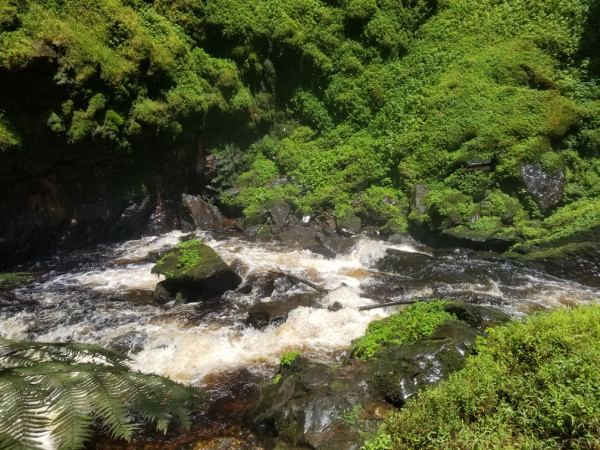 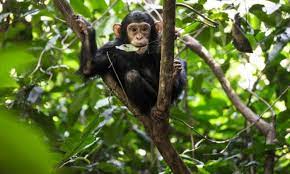 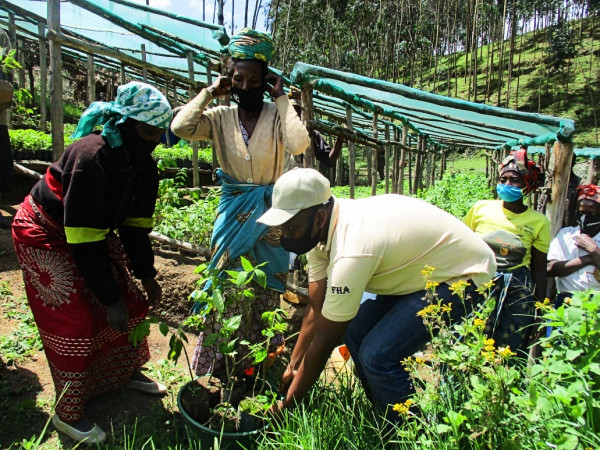 Nyungwe
Plant a tree in Gishwati Forest
0 Review
from
20$

Thoughtful thoughts to your inbox